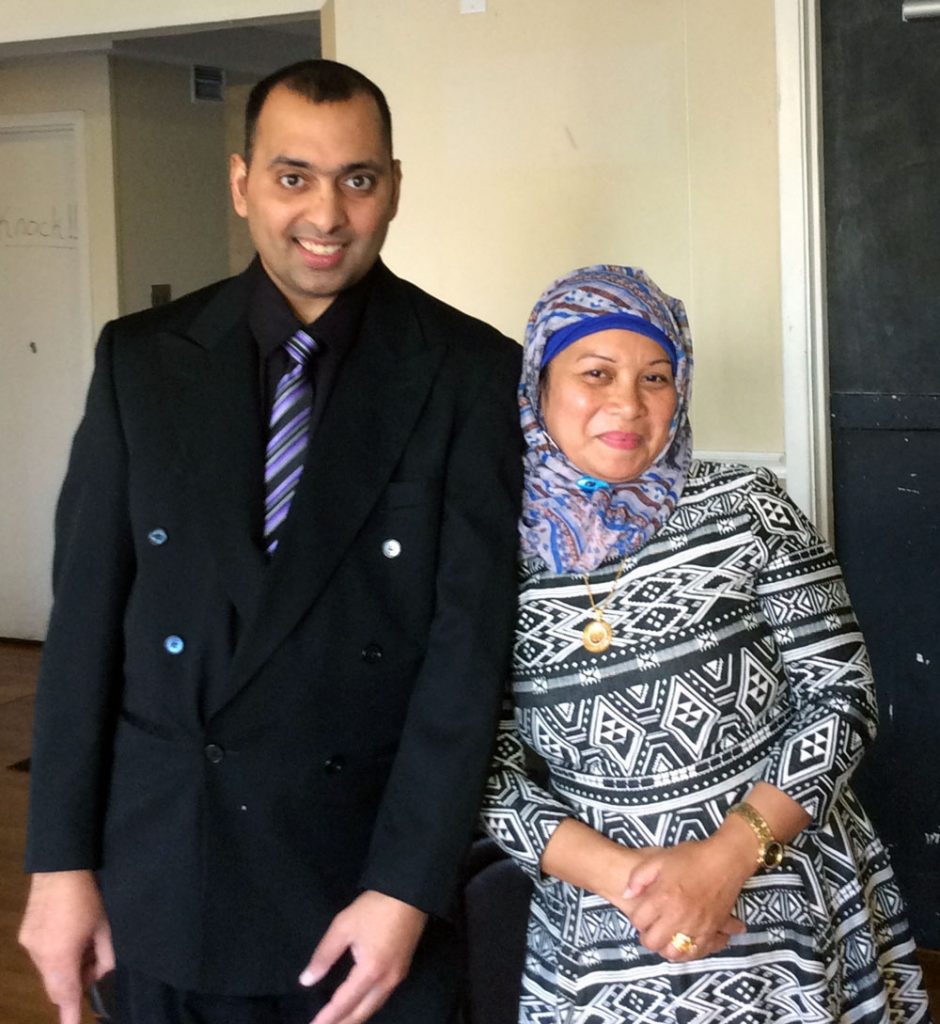 Shahrukh came to CWSDS in June 2013, where he first resided in STATE (Short-Term Assessment and Treatment Environment). He came to STATE directly from a private group home where he was staying due to highly aggressive and challenging behaviours that precluded his family from being able to support him at home any longer. There had been multiple hospital admissions as well as frequent police involvement as a result of Shahrukh’s physical aggression to others. While at the group home, heavy doses of medication were used to try to manage his behaviours.

Despite not being able to support their son at home, Shahrukh’s family is concerned, loving and very involved and active in their efforts to find the supports that he needs in order to be successful.
Upon arrival, Shahrukh underwent initial behavioural assessments and reviews of his medications. It was determined that the majority of Shahrukh’s issues resulted from learned behaviour. In order to address this, the clinical team implemented a highly structured daily activity schedule with a highly structured behavioural support plan that addressed his learned behaviors. The objective of the behaviour support plan was to teach Shahrukh that he could not gain access to what he wanted, nor avoid tasks he didn’t prefer, by using aggressive behaviours, which were at times quite severe and risky. This process is called “safe extinction” and required a highly skilled team of staff, along with clinical support, to implement this program consistently in order for  Shahrukh to learn that such behaviours would no longer work. Over time with consistent programming and building trusting relationships with the team at STATE, Shahrukh has been able to manage his behaviours, resulting in the number of aggressions being significantly reduced.

Shahrukh moved to his new home, House 6, in December of 2017, in part due to personal growth and the skills imparted upon him by the excellent staff and programming at his previous residence, STATE. Shahrukh not only continues to learn and grow through the programming and support of his new home, but has exceeded many expectations in terms of the further reduction of his rates of physical aggression.

Shahrukh is now actively participating in running a coffee service at 53 Bond Street. Shahrukh has continued to work on his resume and applications, and is hopeful that he will obtain a part-time job, and is also in the process of starting a program in which he stocks and sells items from his own vending machine. He works toward and achieves these goals with the assistance and support of his staff and family. Shahrukh has very much enjoyed his new residence, and has had many opportunities to get out into the community in the short time he has been at House 6.
Shahrukh is now visiting his family on a regular basis with minimal behavioural issues. He has also participated in visits to the mosque with his family. Sharukh will soon be celebrating his 43rd birthday, and looks forward to celebrating with family, staff and friends.

For the upcoming year, staff at House 6 will be working towards supporting Shahrukh in a number of activities that he has indicated he is interested in participating in. These include going go-karting, attending a Toronto Maple Leafs hockey game, and excursions to conservation areas and provincial parks to hike and enjoy the outdoors. Shahrukh has made significant gains since joining CWSDS in 2013 and the staff look forward to assisting Shahrukh in continuing to achieve his hopes and dreams.

Please see the pictures below of Shahrukh. There will be more to come as he is able to get out into the community more often with the ongoing support! 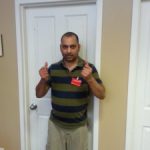 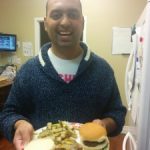 Now there’s a meal fit for a king! 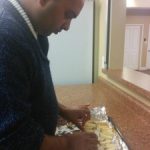 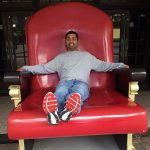 Shahrukh’s sitting in the lap of luxury. 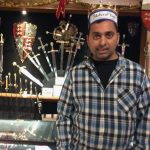 A show fit for a King. 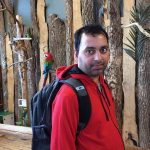 Shahrukh is now actively participating in running a coffee service at 53 Bond St, delivering papers for the Oakville Beaver, as well as volunteering at Fortino’s where he may have an opportunity to obtain a part-time job.